The Final Exam and preparing for it

Our final exam will take place on Tuesday April 21, from 9AM until 12PM (3 hours), at Auditorium B, St. Vladimir Institute, 620 Spadina Avenue (enter via the south doors). The material is: every problem that could have appeared in any of the quizzes, or that did appear in any of the quizzes. This includes all the problems in all of the handouts (except those marked as "not for marks"), all the problems that actually appeared in quizzes, and all the problems in the sections that were assigned for reading. The form will more-or-less be "choose 8 out of 11".

Exam Preparation. Very simply, you should solve everything, and the best for you is if you manage to form study groups to do it together. I will continue holding my normal office hours throughout the examination period until the day of the final (though before coming you are advised to check http://drorbn.net/?title=Office_Hours for possible last-minute changes). In addition, I will have an "open office" the day before the final, on Monday April 20, from 9:30AM until 5PM (excluding washroom and lunch breaks...). You are encouraged to work in the small lounge by my office throughout this period and drop in to ask questions as you please. My office remains at the Bahen building, room 6178.

Some Problems we Skipped

Jan 15 Problem 6 (Larson's 7.1.14). In a convex quadrilateral, prove that the sum of the lengths of the diagonal lies between the perimeter and half the perimeter.

Jan 22 Problem 5 (Larson's 1.3.5). On a circle $n$ different points are selected and the chords joining them in pairs are drawn. Assuming no three of these chords pass through the same point, how many intersetion points will there be (inside the circle)? 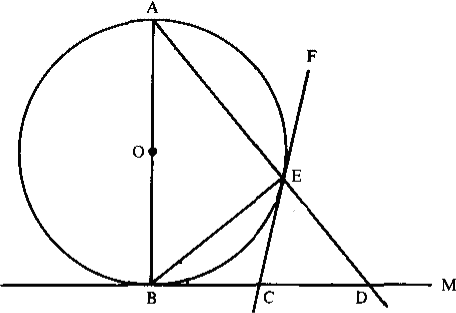 Jan 22 Problem 8. Same as the previous question, but with "natural numbers" replaced with "non-negative integers".

Feb 26 Problem 6 (Larson's 2.6.3, modified). The points on a $3\times 7$ rectangular grid are coloured $Q$ and $M$. Show that you can find a rectangle among these points, whose sides are parallel to the grid axes, and all of whose corners are coloured the same way.

Feb 26 Problem 7 (off topic, but fun). A rectangle is said to be "part whole" if the length of at least one of its sides is a whole number. Prove that if a rectangle $R$ can be partitioned into part whole subrectangles, then $R$ is part whole.

Not so new! I just learned of an article that has 14 proofs of this result! Fourteen Proofs of a Result About Tiling a Rectangle by Stan Wagon, The American Mathematical Monthly 94-7 (1987) 601-617.

March 12 Problem 11 (not for marks). Complete your understanding of Ramsey's theorem!

March 19 Problem 1 (Larson's 1.11.1, hinted). Given a finite number of points in the plane, not all of them on the same line, prove that there is a straight line that passes through exactly two of them.