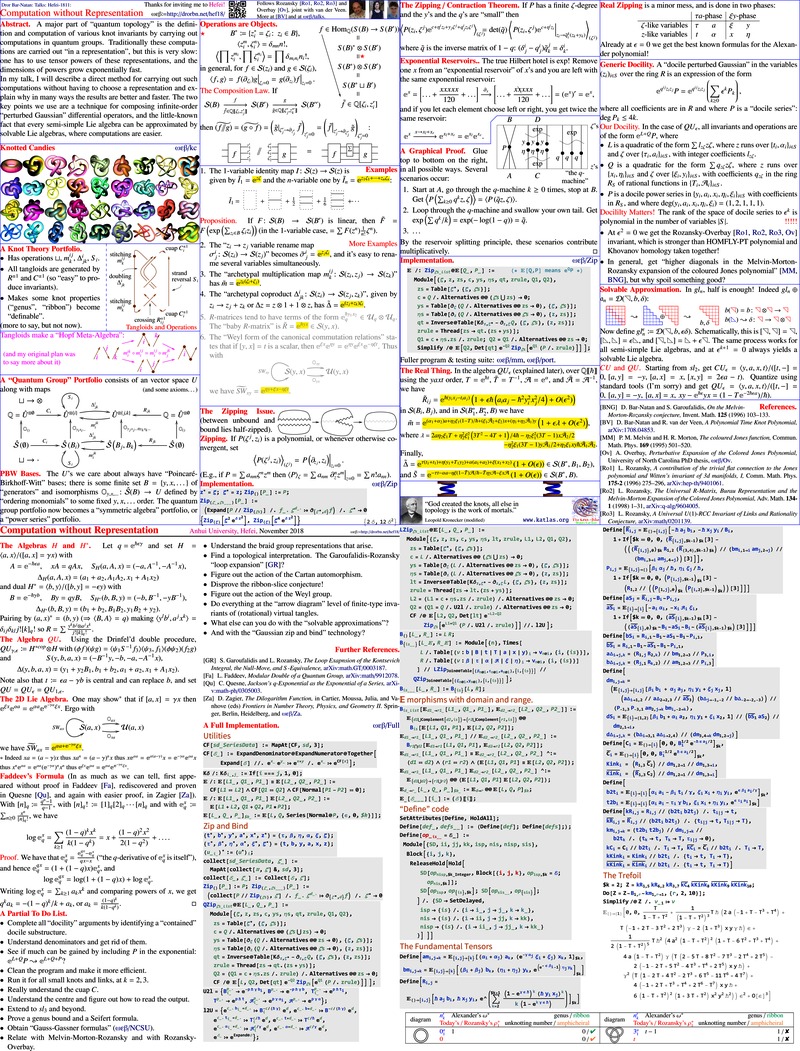 Abstract. A major part of "quantum topology" (you don't have to know what's that) is the definition and computation of various knot invariants by carrying out computations in quantum groups (you don't have to know what are these). Traditionally these computations are carried out "in a representation", but this is very slow: one has to use tensor powers of these representations, and the dimensions of powers grow exponentially fast.

In my talk I will describe a direct-participation method for carrying out these computations without having to choose a representation and explain why in many ways the results are better and faster. The two key points we use are a technique for composing infinite-order "perturbed Gaussian" differential operators, and the little-known fact that every semi-simple Lie algebra can be approximated by solvable Lie algebras, where computations are easier. 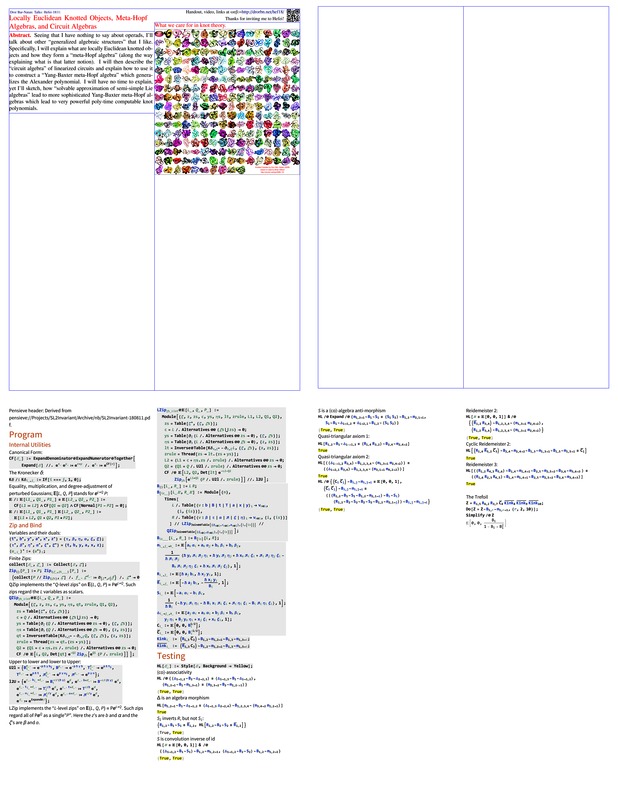 Abstract. Seeing that I have nothing to say about operads, I'll talk about other "generalized algebraic structures" that I like. Specifically, I will explain what are locally Euclidean knotted objects and how they form a "meta-Hopf algebra" (along the way explaining what is that latter notion). I will then describe the "circuit algebra" of linearized circuits and explain how to use it to construct a "Yang-Baxter meta-Hopf algebra" which generalizes the Alexander polynomial. I will have no time to explain, yet I'll sketch, how "solvable approximation of semi-simple Lie algebras" lead to more sophisticated Yang-Baxter meta-Hopf algebras which lead to very powerful poly-time computable knot polynomials.