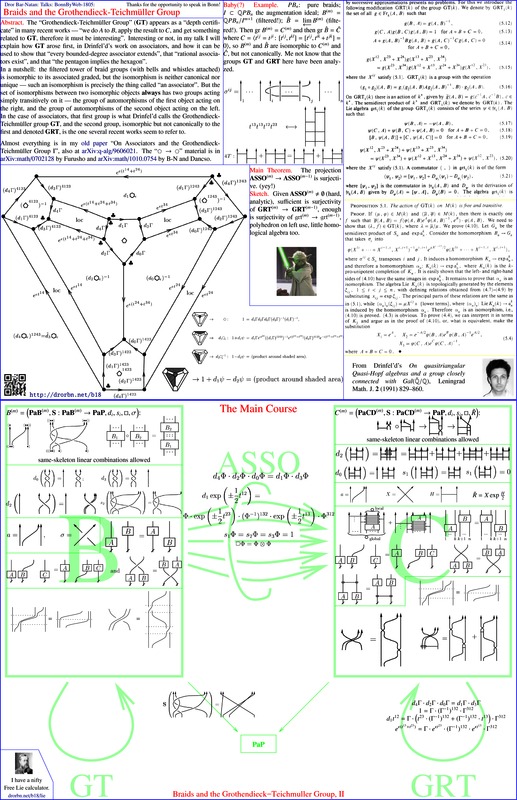 1. Braids and the Grothendieck-Teichmüller Group

In a nutshell: the filtered tower of braid groups (with bells and whistles attached) is isomorphic to its associated graded, but the isomorphism is neither canonical nor unique - such an isomorphism is precisely the thing called "an associator". But the set of isomorphisms between two isomorphic objects *always* has two groups acting simply transitively on it - the group of automorphisms of the first object acting on the right, and the group of automorphisms of the second object acting on the left. In the case of associators, that first group is what Drinfel'd calls the Grothendieck-Teichmüller group GT, and the second group, isomorphic (though not canonically) to the first, is the "graded version" GRT of GT.

Almost everything I will talk about is in my old paper "On Associators and the Grothendieck-Teichmüller Group I, also at arXiv:q-alg/9606021. 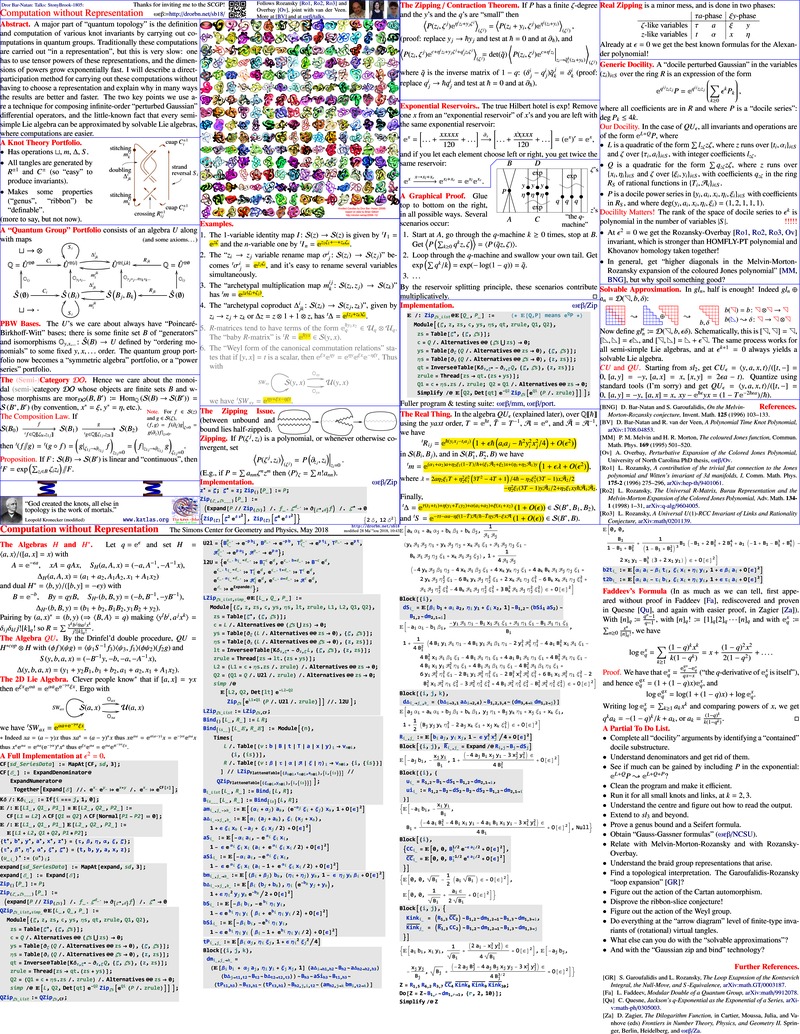 Abstract. A major part of "quantum topology" (you don't have to know what's that) is the definition and computation of various knot invariants by carrying out computations in quantum groups (you don't have to know what are these). Traditionally these computations are carried out "in a representation", but this is very slow: one has to use tensor powers of these representations, and the dimensions of powers grow exponentially fast. I will describe a direct-participation method for carrying out these computations without having to choose a representation and explain why in many ways the results are better and faster. The two key points we use are a technique for composing infinite-order "perturbed Gaussian" differential operators, and the little-known fact that every semi-simple Lie algebra can be approximated by solvable Lie algebras, where computations are easier.