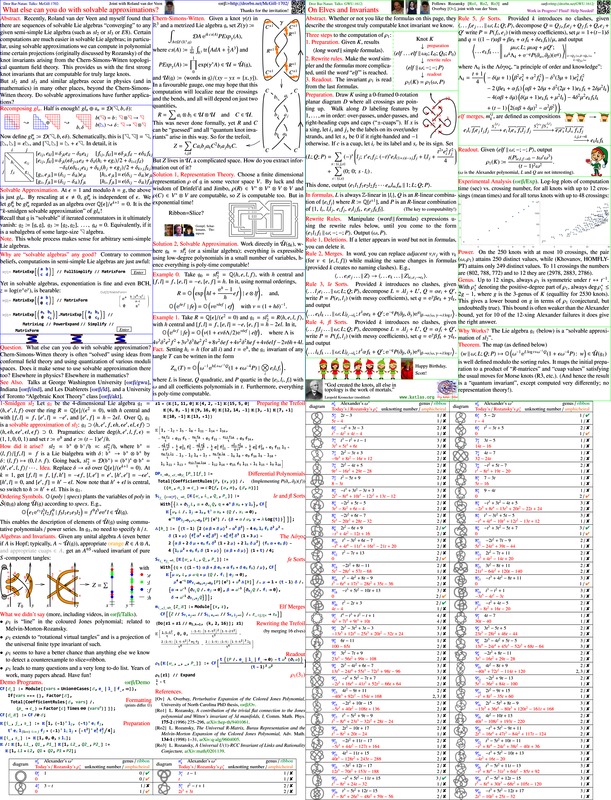 What else can you do with solvable approximations?

Abstract. Recently, Roland van der Veen and myself found that there are sequences of solvable Lie algebras "converging" to any given semi-simple Lie algebra (such as $sl_2$ or $sl_3$ or $E8$). Certain computations are much easier in solvable Lie algebras; in particular, using solvable approximations we can compute in polynomial time certain projections (originally discussed by Rozansky) of the knot invariants arising from the Chern-Simons-Witten topological quantum field theory. This provides us with the first strong knot invariants that are computable for truly large knots.

But $sl_2$ and $sl_3$ and similar algebras occur in physics (and in mathematics) in many other places, beyond the Chern-Simons-Witten theory. Do solvable approximations have further applications?

This is a repeat of a talk I gave in McGill University in February, 2017. A video recording, a handout, and some further links are at McGill-1702.