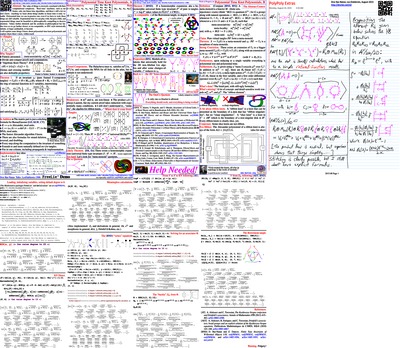 Abstrant. The value of things is inversely correlated with their computational complexity. "Real time" machines, such as our brains, only run linear time algorithms, and there's still a lot we don't know. Anything we learn about things doable in linear time is truly valuable. Polynomial time we can in-practice run, even if we have to wait; these things are still valuable. Exponential time we can play with, but just a little, and exponential things must be beautiful or philosophically compelling to deserve attention. Values further diminish and the aesthetic-or-philosophical bar further rises as we go further slower, or un-computable, or ZFC-style intrinsically infinite, or large-cardinalish, or beyond.

I will explain some things I know about polynomial time knot polynomials and explain where there's more, within reach.