Talks at the "Quantum Topology" Conference 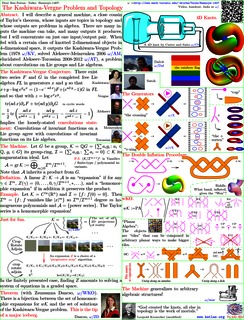 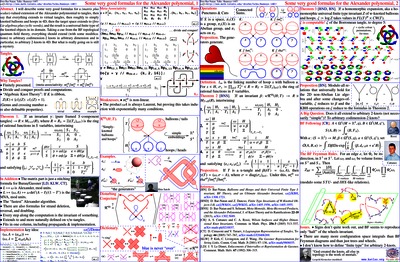 Some very good formulas for the Alexander polynomial

Abstract. I will describe some very good formulas for a (matrix plus scalar)-valued extension of the Alexander polynnomial to tangles, then say that everything extends to virtual tangles, then roughly to simply knotted balloons and hoops in 4D, then the target space extends to (free Lie algebras plus cyclic words), and the result is a universal finite type of the knotted objects in its domain. Taking a cue from the BF topological quantum field theory, everything should extend (with some modifications) to arbitrary codimension-2 knots in arbitrary dimension and in particular, to arbitrary 2-knots in 4D. But what is really going on is still a mystery. 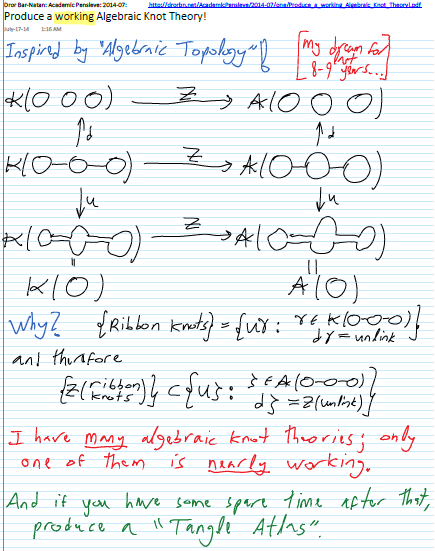